Pursuing Claims for Grief Under the Revised Wrongful Death Act

Editor’s Note: This article was subsequently published in the January 2013 issue of the Illinois Bar Journal.

Juries are now permitted to consider grief, sorrow, and mental suffering in wrongful death cases. Maximizing (or minimizing) this new aspect of a claim requires consideration of the impact of the new law at each stage of the trial.

Until recently, wrongful death claims for grief, sorrow or mental suffering incurred by next of kin were not recognized in Illinois. Next of kin were limited to pursuing pecuniary claims based on their relationship with the deceased such as loss of society or support. However, that all changed in 2007 when the Wrongful Death Act (740 ILCS 180/2) (“Act”) was amended by the Illinois legislature. The legislature’s revision now specifically allows next of kin to seek damages for the “grief, sorrow and mental suffering” that they have incurred as a result of the wrongful death. This article will examine the ramifications of this new and significant development for wrongful death claims, including the mechanics of navigating such a claim from the perspective of a plaintiff’s attorney.

Our firsthand experience with the new law stems from a January 2011 trial where our firm represented a young boy in the wrongful death of his father in a motorcycle collision that occurred within months of the amendment to the Wrongful Death Act. The jury returned a verdict in the boy’s favor, notably including $100,000 as a separate line item of damages for the boy’s grief, sorrow and mental suffering. This verdict is the first reported jury award for grief, sorrow and mental suffering under the revised Wrongful Death Act.

I. Grief, Sorrow, and Mental Suffering – Added by Public Act 95-3

Section 2 of the Act prior to the 2007 revision did not explicitly permit damages for grief, sorrow, and mental suffering. Rather, it permitted damages that would be “a just and fair compensation with reference to the pecuniary injuries suffered resulting from [the] death.” 740 ILCS 180/2 (2006). Longstanding case law, however, held that grief, sorrow, and mental suffering were not to be considered in determining this “just and fair compensation.”[1] This was reflected in the Pattern Jury Instructions as well. See IPI Civ 3d No 31.07 (2011).

Public Act 95–3, effective on May 31, 2007, clarified Section 2 to provide that: “the jury may give such damages as they shall deem a fair and just compensation with reference to the pecuniary injuries resulting from such death, including damages for grief, sorrow, and mental suffering, to the surviving spouse and next of kin of such deceased person.” 740 ILCS 180/2 (emphasis added on language added by PA 95–3). This was the sole substantive change in the law effected by the public act — only Section 2 of the Wrongful Death Act was changed, and the other changes were merely to clarify the statute and to specify the prospective application of PA 95–3.

While there is as of yet no case law to clarify the impact of the “grief, sorrow and mental suffering” aspects of damages in wrongful death claims, there was substantial debate in the legislative chambers prior to the passage of PA 95–3. Without repeating the floor debates verbatim, the following principles can be gleaned as to the understanding of the legislators – both those who supported and those who opposed the bill — of the construction, application, and practical effect of the bill:[2]

Even when PA 95–3 has not resulted in an alteration of the Illinois Pattern Jury Instructions, its presence is still significant. Paragraph 2 of the current version of Instruction 31.07 (“Measure of Damages—Wrongful Death—Factors Excluded”) continues to direct the jury not to consider “[t]he grief or sorrow of the next of kin.” However, the Notes on Use state: “For causes of action that accrue after May 31, 2007, paragraph 2 should be deleted from this Instruction. Under PA 95–3, effective May 31, 2007, next of kin may recover damages for their grief, sorrow and mental suffering.” Thus, Instruction 31.07 will only direct the jury not to consider the decedent’s pain and suffering and the next of kin’s poverty or wealth.

Because the pattern jury instructions have already been changed to reflect the amendment to the Wrongful Death Act, counsel for plaintiffs should be comfortable submitting the Instructions for consideration. Counsel for defendants will have an uphill climb trying to block use of the Instructions, especially since grief, sorrow, and mental suffering are enshrined in the Act as matters for the jury to consider in awarding damages.

While the Illinois Pattern Jury Instructions contains specific directions on jury instructions, including with regard to grief, sorrow and mental suffering in Wrongful Death Act cases, its verdict forms are far more general. This holds true for the verdict forms that may be used in wrongful death cases. For example, see Instruction B45.01 (“Verdict Form A—Single Plaintiff and Defendant—No Contributory Negligence Pleaded”). The entire form reads:

We, the jury, find for plaintiff’s name and against defendant’s name. We assess the damages in the sum of, [itemized as follows:]

B. Arguing the Legislative History

The bill’s opponents also recognized that those new elements would also be a separate line item in verdict forms, which for them was a significant detriment, as shown by the following statement from Representative Winters:

“The Sponsor has mentioned in debate that this is adding a new area of recovery in this state. It’s a new area of recovery in jury cases. There’s going to be a new line on the jury form that will – after you’ve looked at the other recovery that you can get for deprivation of love, care, comfort, protection, guidance, advice, and affection of the deceased, there will be a new line for grief and sorrow . . . And believe me, if there’s an empty line with a figure to be filled in, the juries will be filling it in.”[6]

These comments as to the jury verdict form were not contradicted or opposed by Representative Brosnahan, the bill’s sponsor, whom Representative Winters was addressing in part of his statement above. If the bill’s intent was not to create a new line item, one would think that the bill’s sponsor would clarify that rather than remaining silent when questioned on that point. This “exchange” between Representatives Winters and Brosnahan makes a strong case for legislative intent to have a separate line item on the verdict form, even though it is in the context of a practical argument as to why there should be no new line item.

As noted above, a judge may decide a motion in limine regarding grief, sorrow and mental suffering by preventing lay witnesses (other than the next-of-kin) from using the specific words “grief,” “sorrow,” and “mental suffering” but allowing their testimony as to facts relating to those elements, while allowing the claimant and any qualified expert witnesses to testifying as to the actual grief, sorrow, and mental suffering experienced by the next-of-kin. While there are several approaches to the content of testimony presented and the order of witnesses, one approach for plaintiffs’ counsel that may prove effective is leading with testimony from several friends, family members, and acquaintances of the claimant to provide several different glosses on the central issue of your client’s mental suffering. This can be followed by putting an expert psychiatrist on the stand to give context — the specific mental condition of grief, sorrow, and mental suffering — to the anecdotes and observations of the lay witnesses. Finally, once the jury has been fully prepared emotionally, testimony from the next-of-kin as to his or her personal grief and sorrow can prove particularly effective.

While the Wrongful Death Act was amended more than four years ago to permit grief, sorrow, and mental suffering to be considered, there is still little guidance in the law as to the impact of the amendment on planning and conducting wrongful death trials. Practitioners should familiarize themselves with the amended jury instructions and be prepared to use legislative history and cases from other jurisdictions to argue for the optimal verdict form and for or against inevitable motions in limine, as appropriate. Solid preparation and effective argument can alleviate the grief and mental suffering that practitioners may encounter in litigating this new aspect of wrongful death claims. 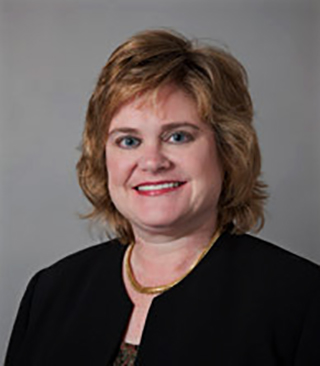